Spinalonga is a small island north of Crete. It is about 15 km from Agios Nikolaos and 5 km from Elounda.

The island of Spinalonga should not be confused with the nearby peninsula Spinalonga, which is connected to Crete via a dam. Spinalonga is visited by hundreds of tourists every summer. You will especially visit the former Lepers' Spinalonga. 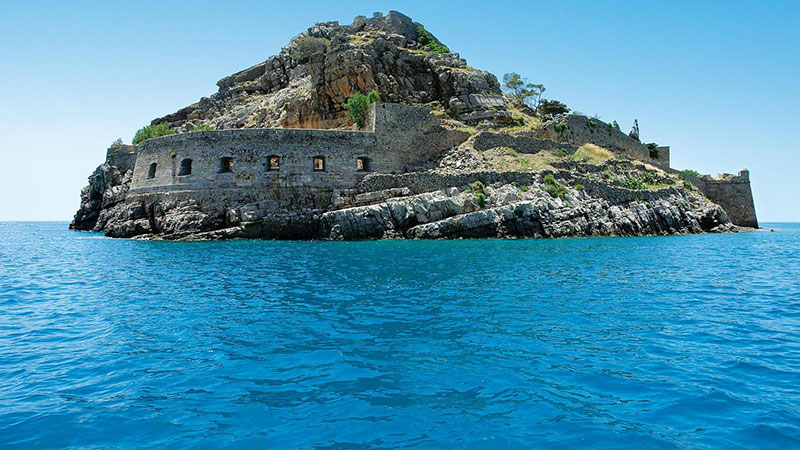 In the summer, there is often a lot of activity on the island of Spinalonga near Crete. Spinalonga History: In the 15th century, the Venetians built a castle or a huge fort on Spinalonga. In 1669, the Turks captured Crete. However, the Venetians still held the fortress Spinalonga for nearly 50 more years despite violent Turkish attacks.

A fort with such thick walls was practically impregnable at this time. Until the Turks finally left Crete around 1900, the mighty castle served as a residential area for Turkish settlers.
After this, the really famous history of Spinalonga began: Leprosy. All the inhabitants of Crete, who were suffering from leprosy, were banished to Spinalonga. 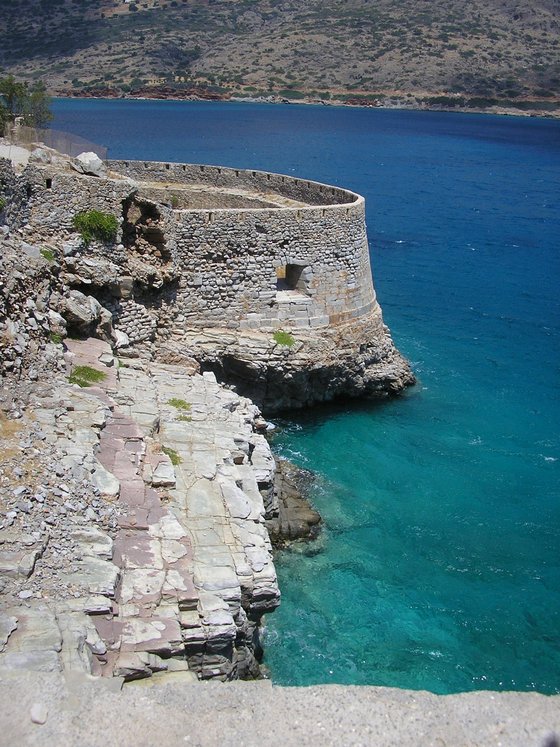 There is an exciting novel about Spinalonga. An ideal holiday experience. More information: At this time (around 1900-1950), leprosy was a highly dangerous and incurable disease. Nobody could be cured - so the Lepers in Spinalonga expected a lifelong stay. In peak times more than 1,000 patients were on the island, separated by a few hundred meters of sea from Crete. 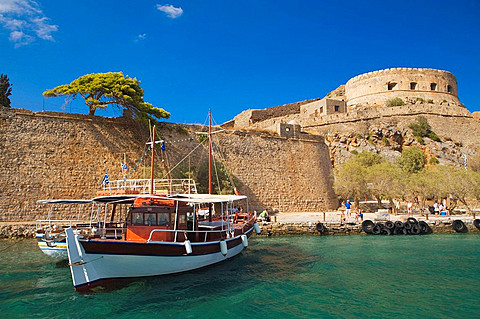 This remained so until 1953 the first effective medicine of leprosy was found. About eight years later the Leprosy Spinalonga became superfluous and dissolved. Many of the inhabitants were able to leave the leprosy island unhappily cured.