The Ideon Cave in Rethymno Crete
With Taxi Minivan Minibus 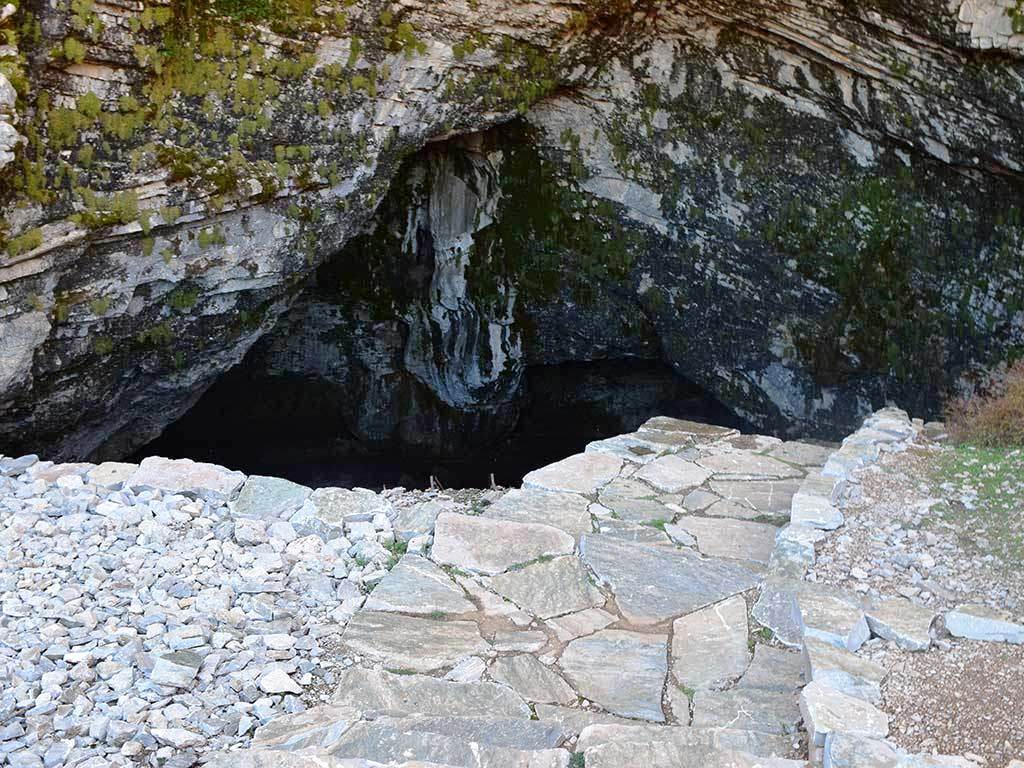 The Ideon Cave in Rethymno Crete: The Cave of Ideon Andron is found 20 km from Anogia, a small traditional village at the borders of the prefectures bwtween Heraklion and Rethymno, towards Nida Plateau. Mythological beliefs say that this was the place where the Greek god Zeus grew up in his childhood. The cave is perched on the Eastern face of Mount Psiloritis, or else Mount Idi, at an altitude of 1,495 meters. 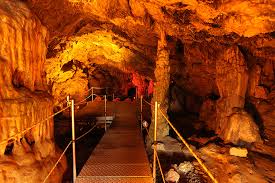 The road to the cave is scenic with high mountain landscapes and tall rock formations along the winding path to the cave. This cave is an important archaeological site. The main entrance opens into a large chamber with two horizontal caverns. Another cavern was discovered high above the main chamber. The caverns have been sculpted naturally by the water and snow in winter and you can still find snow blocks inside, even in summer. 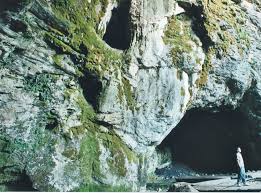 According to Greek mythology, the goddess of fertility, Rhea, hid his son, baby Zeus, in the Ideon Cave to protect him from his father Cronos, who used to swallow his children when they were born. Here, Zeus was fed by the foster mother and goat herd nymph Amaltheia. Some Kuretes worshipers and Korybantes dancers were gathered at the mouth of the cave to guard the baby. When Zeus cried, they used to dance clashing the spears and shields and shouting to hide the wailing of the baby from his vicious father. Until the Roman times, this sacred cave was used for the worship of Zeus and his mother, Rhea. Excavations have unearthed votive offerings, including a well preserved bronze shield, spears and gold and ivory figures. These findings are currently displayed at the Heraklion Archaeological Museum.